All I knew about Quito before visiting was that it’s home to the equator, it has a very high altitude, and there are a lot of pick pockets. Despite my best efforts to learn more, there was very little information about the city outside of these three subjects. Oh, and potatoes.

Not only was this my first trip to South America, but it was also my first time traveling with my Mother-in-Law, who wanted to take us on a trip for her 60th birthday. After narrowing down a few destinations, it all came down to one place – the Galapagos. For years, she had wanted to go and see the Blue Footed Boobies but never wanted to spend the outrageous costs to go… that’s where we came in. As thrifty travelers, we devised a plan that consisted of a visit to Quito, followed by a flight that would take us to Isla Baltra. We would stay at a local hotel in Puerto Ayora for a few days before taking a local ferry to Isla Isabella. After a few days exploring the island, we’d backtrack, making our way back to the mainland and spending a few nights in Mindo. To start the adventure of a lifetime, we would first visit Quito, and of course, the Middle of the Earth.

It was late in the day when we arrived in Quito, and my Mother-in-Law had already arranged for an airport pick-up. After a quick Hola to our ride, we’re led through the masses of people, almost losing the driver multiple times before exiting the terminal. We all pile into the driver’s tiny SUV, with one of his helper boys (perhaps his son) in the trunk, we make our way through the streets of Quito. The city’s narrow streets sometimes make it difficult for two cars to pass each other safely, and the steep inclines must do a number on the clutches of the vehicles… but somehow, the drivers breeze through it all like it’s second nature. 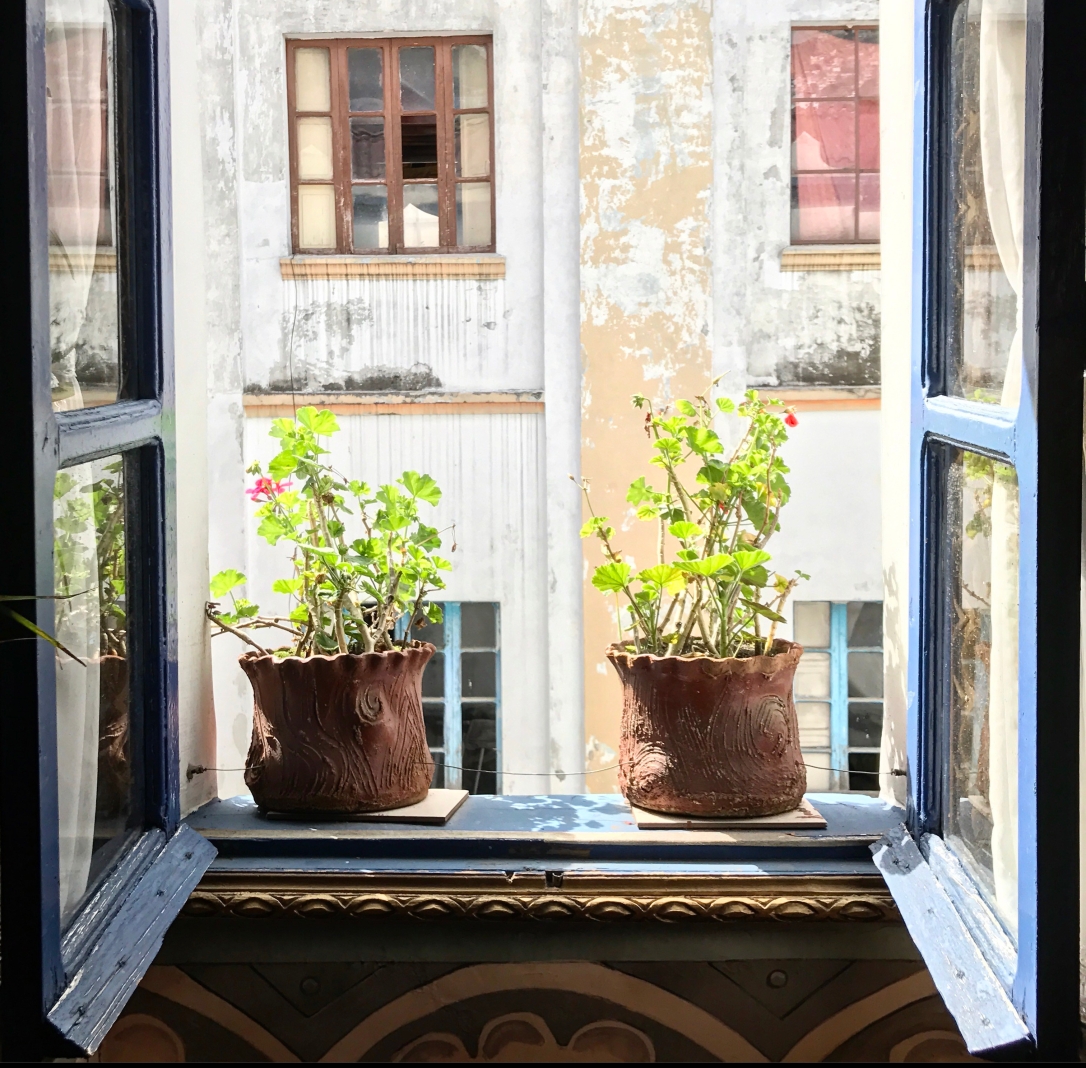 Our hotel is situated in the Old Town, right next to the Plaza de San Francisco. It’s a small inn with a lush courtyard in the centre. Our host greets us with news that our separate rooms are not ready for the night, and ask if it’s okay that we share a room – one night is no big deal so we oblige. After settling in, we head towards La Ronda to grab a bite to eat. Something I learned very quickly in Ecuador is that everything starts with soup. No matter how hot it is in the Galapagos or how chilly it is in the Andes, meals start with soup. La Ronda is a pedestrian only area filled with restaurants, bars, and tour operators. Since there are a lot of tourists that pass by on a daily basis, there’s a heavy police presence. It’s best to leave your purse at home, like I did, and carry only cash in a secure pocket because there’s also a lot of petty crime in the area.

The Ciudad Mitad del Mundo (the middle of the Earth) is just 26 km from the centre of Quito. While there’s a huge monument here, and a lot of people pay a visit to see this landmark, it is not the true equator as the calculation is slightly off. The local bus is easy to catch to take you there, but if you have a few people (like we did), it makes more sense to hire a driver for the day (which we did). We arranged with our hotel to have someone take us to the equator the next day and it happened to be the sister of our airport driver. When she arrived the next morning, she had brought her two sons along (one of which was one of boys who met us at the airport!), but only the youngest accompanied us on our adventure.

Cecila and Exile were great tour guides. Cecila’s English was minimal, but she tried her best and was very helpful. Exile was entertaining. At four years old, he became my shadow most of the day and taught me a game which I like to call “Donde esta la bufanda” – “Where is the scarf”. For a good fifteen minutes, he would hide his scarf in the trunk where he was sitting and encourage me to find it. After playing for about twenty minutes, I then only found out that bufanda meant scarf… languages are not my strong suit.

They spent the day taking us to four different landmarks. The first was a pit stop to the Pululahua Geobotanical Reserve – Ecuador’s first national park overlooking the Pululahua crater that surrounds the Pululahua volcano. It’s conveniently located near the Museo Templo del Sol Pintor Cristobal Ortega Maila, Museum of the Sun Painter, which was our second stop of the day. After spending some time wandering around the property, Cecila was able to set us up on an English tour. It was a slow day at the museum but the guide walked us through the temple, highlighting its history and the art of the painter, Ortega Maila. The centre of the temple is situated on the equator so the tour guide led us in the test of balancing the egg on a nail – I failed at this task… here anyway. In addition to this, we were taken through an incense ceremony before indulging in some Coca Tea – which quickly eased B’s altitude sickness. 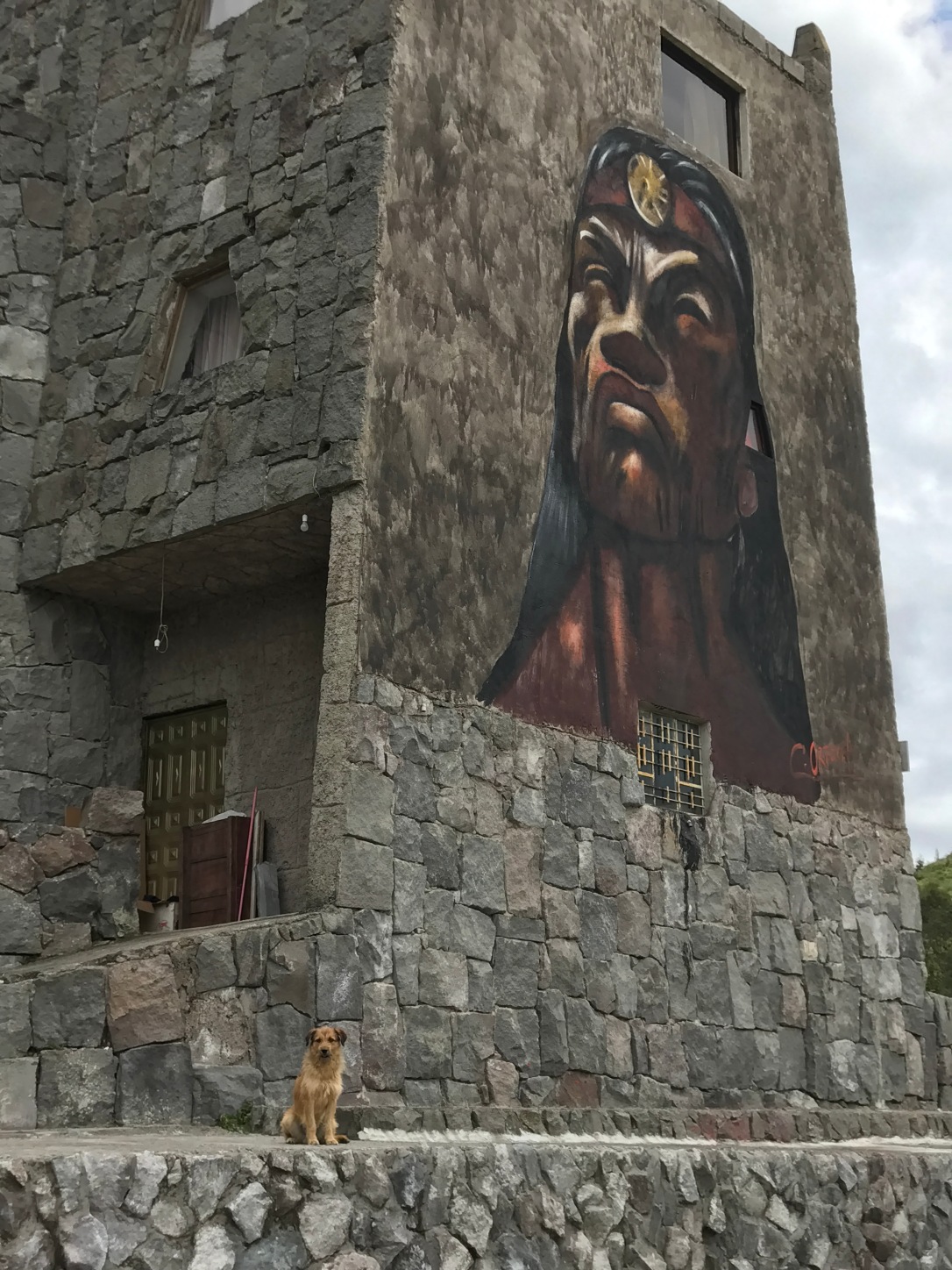 Next visit was Mitad del Mundo, located just around the corner from Ciudad Mitad del Mundo. The tour we jumped onto here was engaging and educational, consisting of several tests to demonstrate the powers of the equator including the egg balancing trick (this time, I succeeded in balancing the egg!), and the water swirling test (clockwise vs counter clockwise in each respective hemisphere). With far fewer people than the neighbouring landmark, you have the option to stamp your passport with a special equator stamp as you exit, which I did. 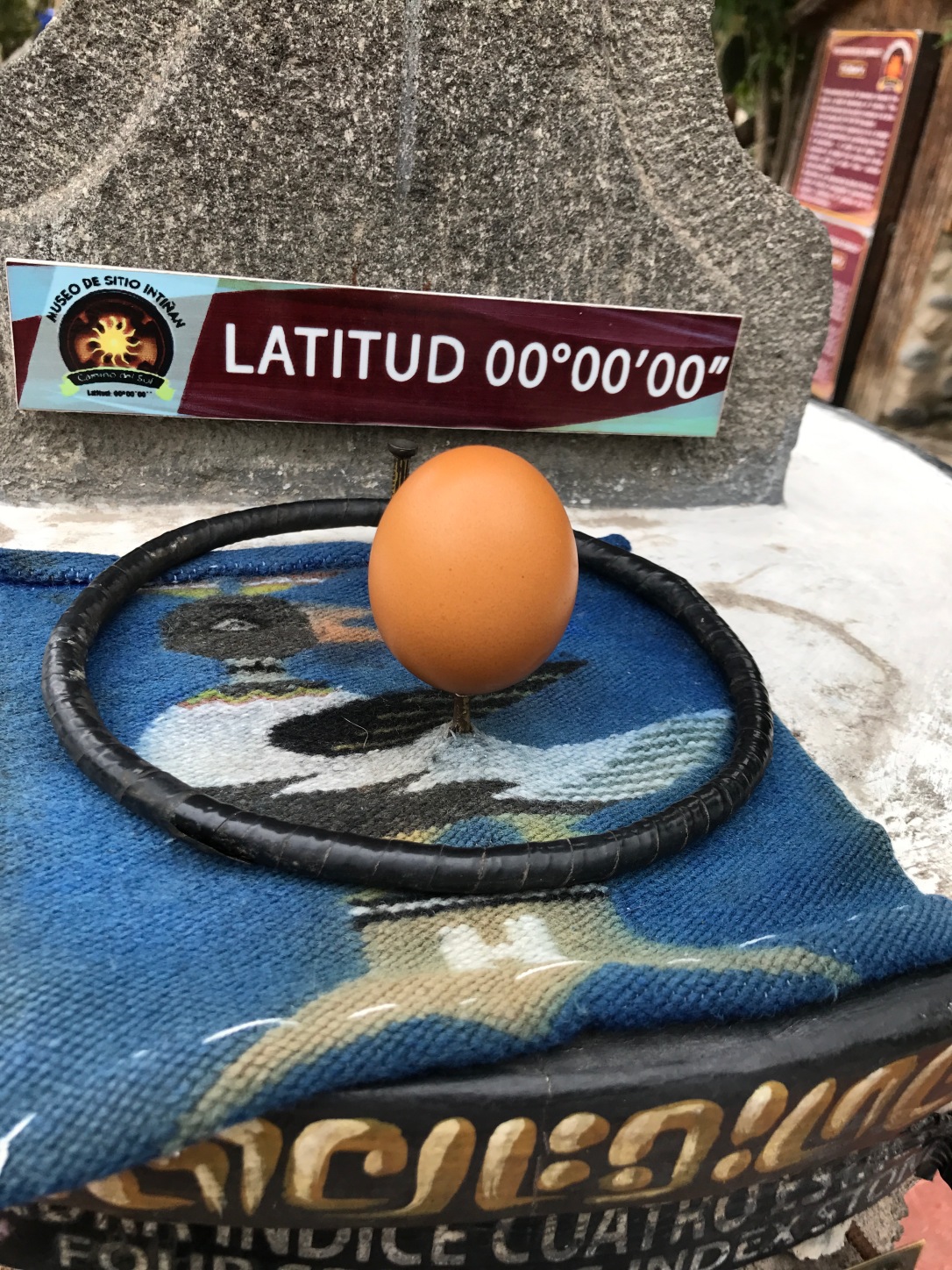 While we had spent the day seeing most of the sights in this area, we had one last stop to make: Ciutada Mitad del Mundo. After spending the day witnessing much of the same, the excitement of visiting had faded and I was ready to go back. If it had been up to me, I would have skipped this last stop as it’s overpriced, touristy, and littered with junky gift shops for a monument that was built on faulty GPS coordinates.

It was a long day – even Exile thought so. We spent the drive back to the hotel reading the Spanish-English dictionary that we had brought along, pointing at images and Exile teaching me how to pronounce the word in Spanish. By the time we arrived back in the Old Town, I was tired, hungry, and had my fill of equator-related stunts, but it was worth it to actually succeed in balancing that egg on a nail.

30-something wonderlust cat mom trying to make it in this crazy world. I have a short attention span and change my mind like Katy Perry changes her hair colour. (And I’m Canadian… I spell colour with a “u”) View all posts by Laura Ashleigh

4 thoughts on “Middle of the Earth in Quito, Ecuador”