“My Mojito in La Bodeguita My Daiquiri in El Floridita.” – Ernest Hemingway.

Hemingway may have been onto something in the 1950s, but so many things have changed since his departure. Both bars are now caricatures of their former selves. Think about it, back in Ernie H’s day, these were local bars, with people going there to meet people, hang out, and perhaps even have a meaningful conversation with a local. Nowadays? Not so much.

El Floridita is a throwback to some serious first-season-of-Mad Men style, but with fruity drinks that ol’ Don Draper would sneer at, I convinced B. to join me there for a drink. The signature Daiquiri is 6 Cuban Convertible Pesos (CUC). Around the bar (packed three deep in standing room), tourists from around the world snap selfies and play with their smartphones. Many are somewhat rushed because they need to get back to their cruise ship. As for La Bodeguita? We literally couldn’t get in, because the tourists were overflowing into the street.

Walk five minutes south from there, and things change. Away from most of the main tourist sites and historic squares, there’s a strip of bars with a healthy mix of locals and foreigners. Our favourite place has a little sign over the door that says “Aqui jamas estuvo Hemingway” – “Hemingway was never here”. Inside, another sign has a crossed-out wifi sign and says “Hablen entre ustedes”  – “No wifi, talk among yourselves”. In other words, our kind of place. Daiquiris are 3.50CUC, and the Mojitos are 3.00CUC, and are much better in quality and value than the ‘historic’ bars of Havana. Hemingway was a pretty cool dude – I’d imagine he would gravitate to this sort of a bar if he were alive today, rather than going to the themepark versions of his old haunts. 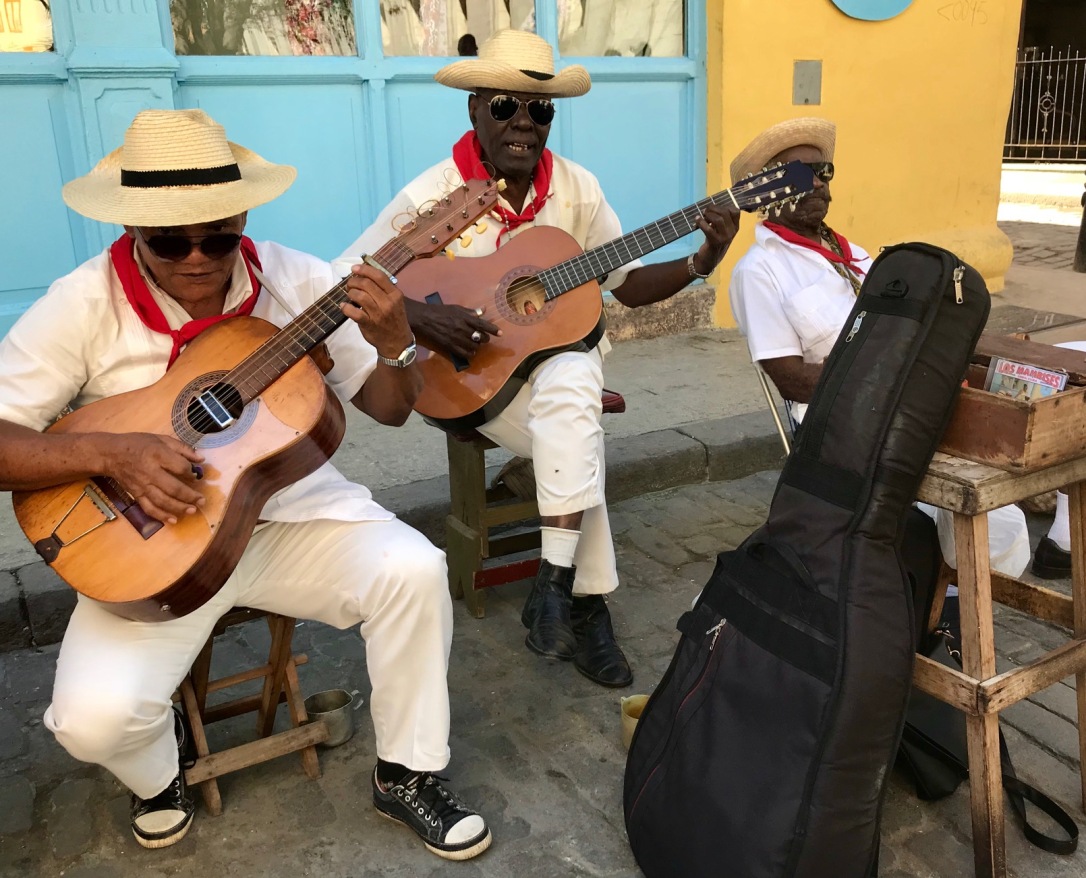 Havana may not be Cuba’s music capitol but it sure holds it’s own. Around every corner, music is blasting from homes and restaurants. Tips are customary if you find yourself at a restaurant or bar with live music.

Being in Havana is a distracting blend of the old, the new, and the now. The old is all around you by way of old 1950s cars smelling of gasoline and putting down main city streets. The new is the signs that American and Cuban relations are improving (albeit in fits and starts) and you see this by all of the Americans visiting the city. The now is how the Cubans live. Despite being a bustling city of over two million people, there is a strong sense of community in Havana. Everywhere you go, everyone seems to know each other. Neighbours actually talk with each other, people play dominoes in the park. Don’t get me wrong, smartphone zombies exist too, but I somehow think there’s a healthier balance of screentime and genuine interaction here than in many of the cities I’ve visited. Things have certainly changed since Hemingway’s time, but just like the vintage cars, the best elements of Cuban culture are still running strong.

30-something wonderlust cat mom trying to make it in this crazy world. I have a short attention span and change my mind like Katy Perry changes her hair colour. (And I’m Canadian… I spell colour with a “u”) View all posts by Laura Ashleigh